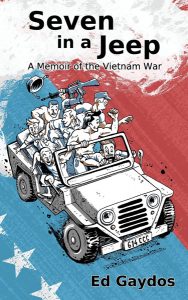 Ed Gaydos was not a hero. Shipped off to Vietnam in 1970, he did not capture a single enemy soldier or single-handedly dismantle the Ho Chi Minh trail. He sat on a remote patch of sand behind barbed wire with a bunch of teenagers, dodging incoming mortars, battling insects and holding back an avalanche of paperwork.

This hilarious, intelligent memoir of the regular soldiers of the Vietnam War will leave readers of all types hungry for the next story. With an unflinching eye for detail that spares no one, even himself, Ed Gaydos reveals his personal struggles to make sense of the war. He somehow manages to exit laughing in Seven In A Jeep.

This 2013 release is available on all major markets in paperback and digital formats. 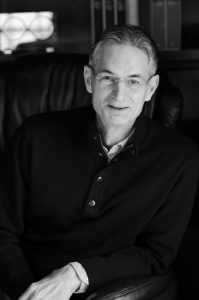 Ed Gaydos has worn many hats over the course of his life. Growing up in St. Louis, he spent seven years at St. Joseph�s Seminary before realizing that the job would include a life of celibacy. He left his studies behind and promptly joined the military, where he quickly learned there were also very few women.

Thankfully, Ed met his future wife nine months before leaving for Vietnam. Much of Seven in a Jeep is taken directly from the letters he wrote home to Kathleen during that time, and some of them are actually suitable for mixed company.

After returning home, Ed continued his education at the University of Missouri, earning master’s degrees in philosophy and counseling psychology, and ultimately a PhD in industrial psychology. After that he managed to talk his way into a job with Anheuser-Busch in St. Louis, where he stayed for 21 years. Following his experience there, Ed spent seven years with Limited Brands (owners of Victoria’s Secret) and retired as a Senior Vice President. As he’ll tell you, Ed “went from beer to bras. Is this a great country, or what?”

Now living in retired bliss with Kathleen in Columbus, Ohio, Ed divides his time between coaching young executives, serving on the boards of organizations he admires, and providing the occasional consultation. And he has the time to write what he chooses, rather than the reams of stiff corporate reports he was responsible for as an executive. Seven in a Jeep is the culmination of Ed’s first major research and interviewing project. “I began with Vietnam because it was a defining experience for me and shaped much of my approach to life,” Ed stated.